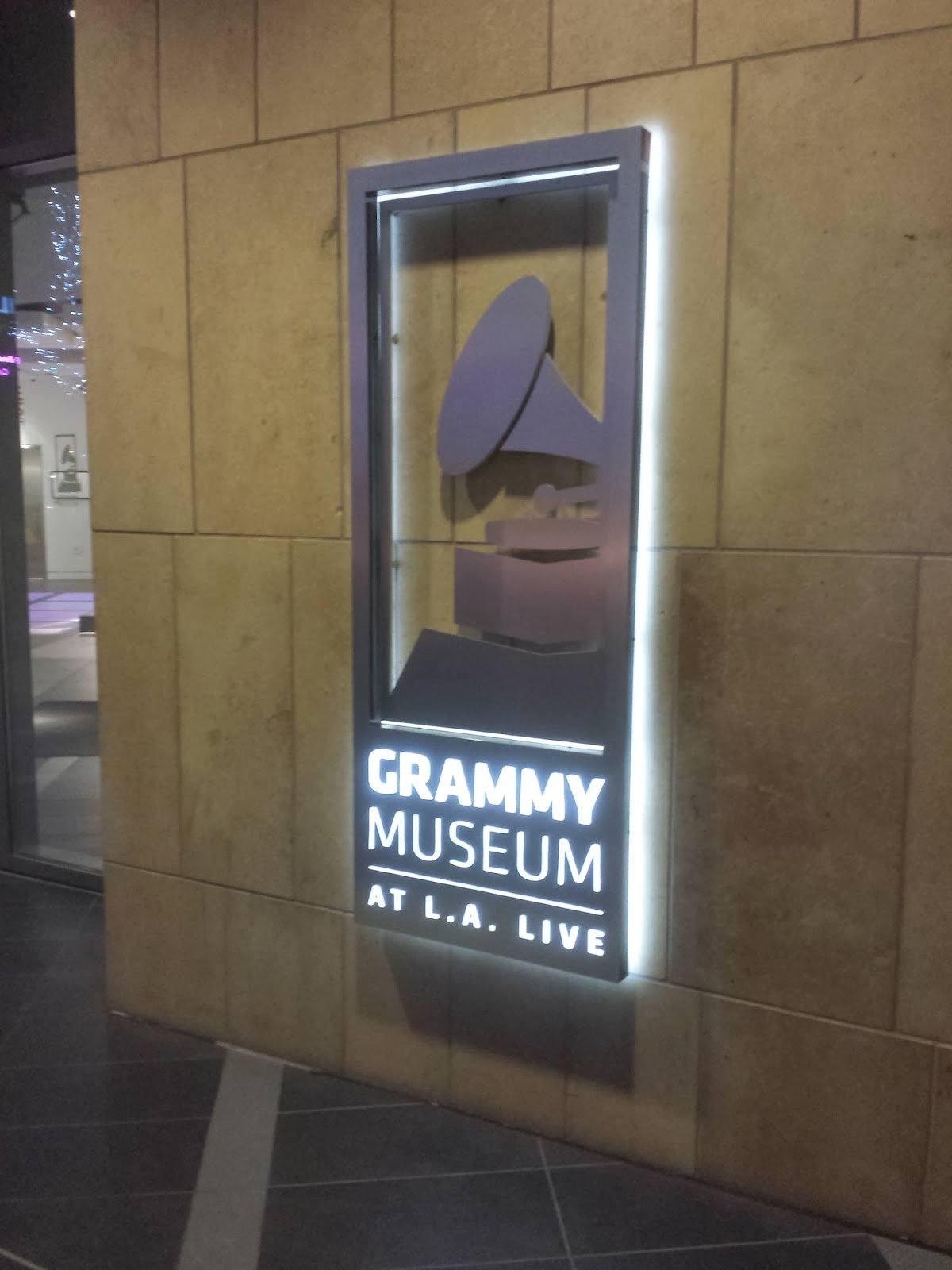 I go for a stroll on Figueroa Street. Lots of tourists roam around. A tidy looking homeless man stands quietly at a corner with a paper cup in his hand. I know him. I run into him often. He is old and I always make it a point to give him some money. Then I continue with my walk. And I have done this path for a while now, but today I notice an African American lady with her rambunctious boy purchasing tickets at a window. Curious, I want to know more about the tickets. Then I see a sign that says “Grammy Museum.” How could I have missed it in all this time? Don’t know, but I buy a ticket. I am told that no pictures are allowed and that I’m to start on the 4th floor and work myself down. 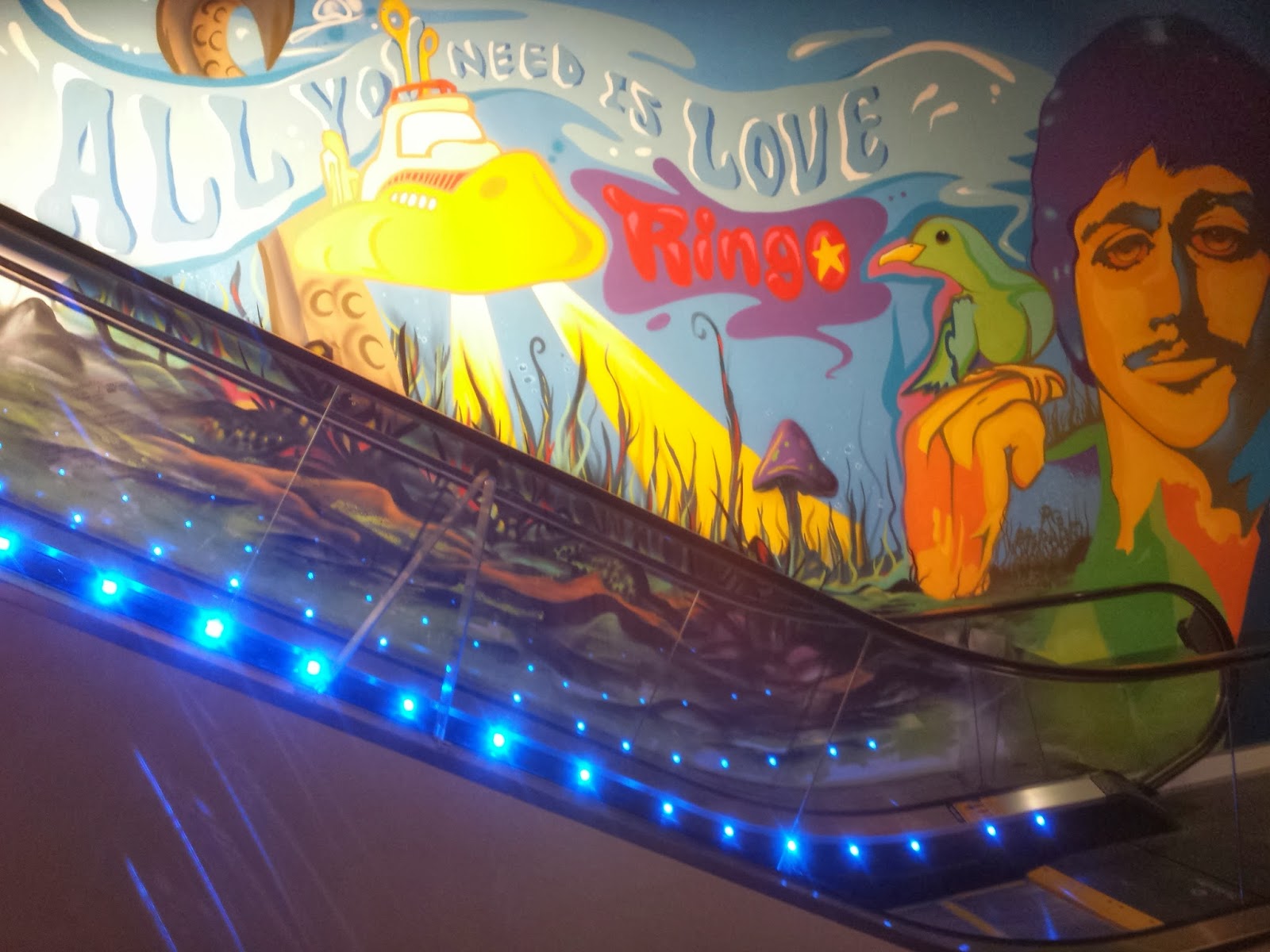 I take the elevator up and go through a rectangular room which has various artists singing on two big screens. In the center of the room are five Grammy Award displays starting from 1958 to present. At the Mike Curb Gallery, there are glasses, Jackets, Records, Guitars and etc. of various artists such as Michael Jackson and groups such as Cheap Trick. At first I feel like I am at the Hard Rock café, but soon that feeling ends as I walk into a special exhibit highlighting the LA Opera and Plácido Domingo, his awards, time period costumes, his photo with the Pope and a film. A little further, I notice a headset just in case I want to listen to the music of John Fogerty. 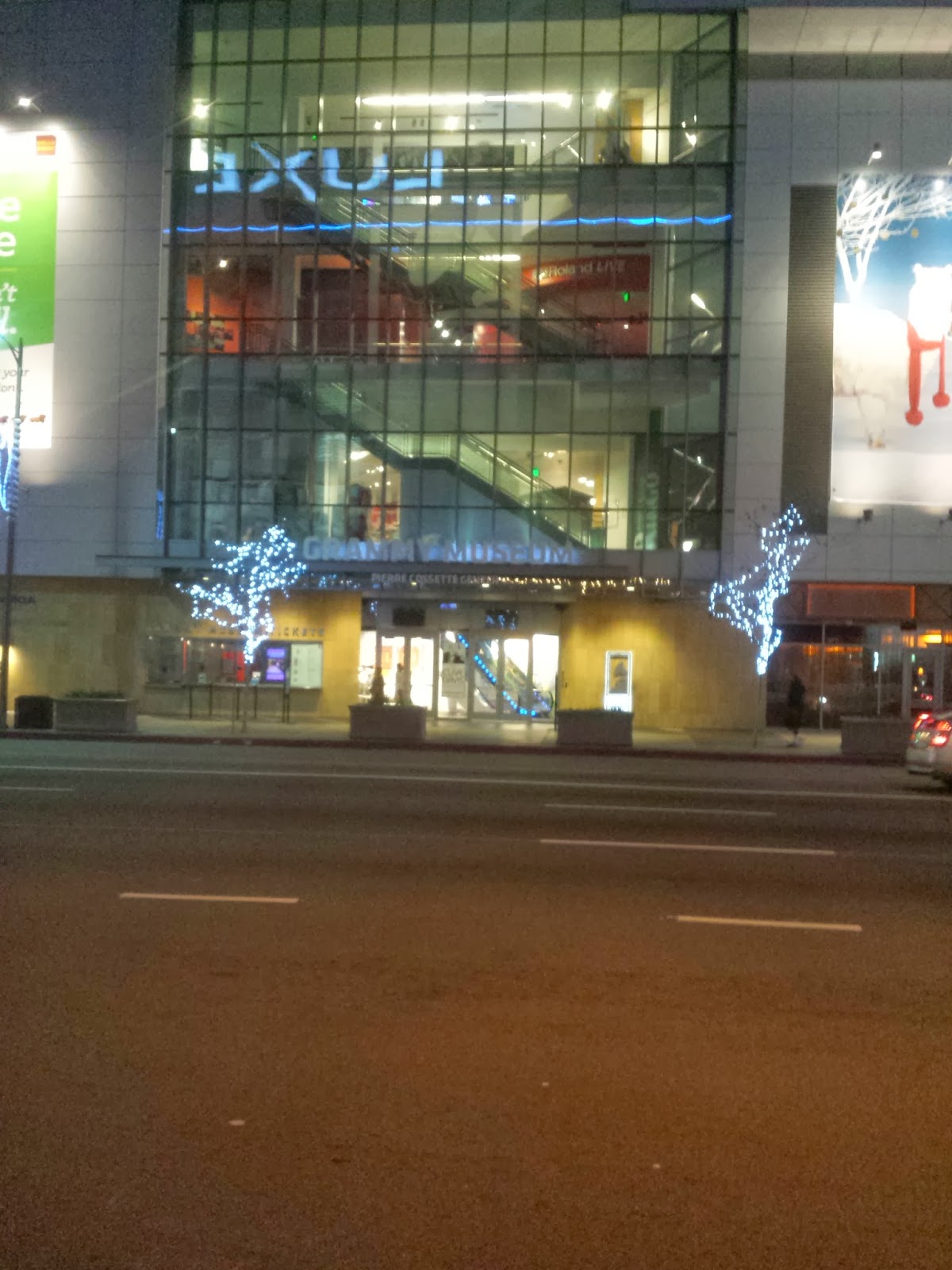 The 3rd floor is about how to create music. Tina Turner sings in the background. There are hands on instruments. The little boy I saw with his mom earlier bangs away on the drums while his mom chats on her cell phone. There’s a large display of Jenni Rivera’s shoes, awards and clothes. In another area there are photos and walls of info about how music was created including Thomas Edison’s invention of tinfoil phonograph. I see a Graphophone/“Talking Machine,” read the instructions and try it out. It’s a machine similar to the one used in the 1900s. I talk into it; it records and plays back. A few steps later, there are several recording studios where I get a chance to create music. 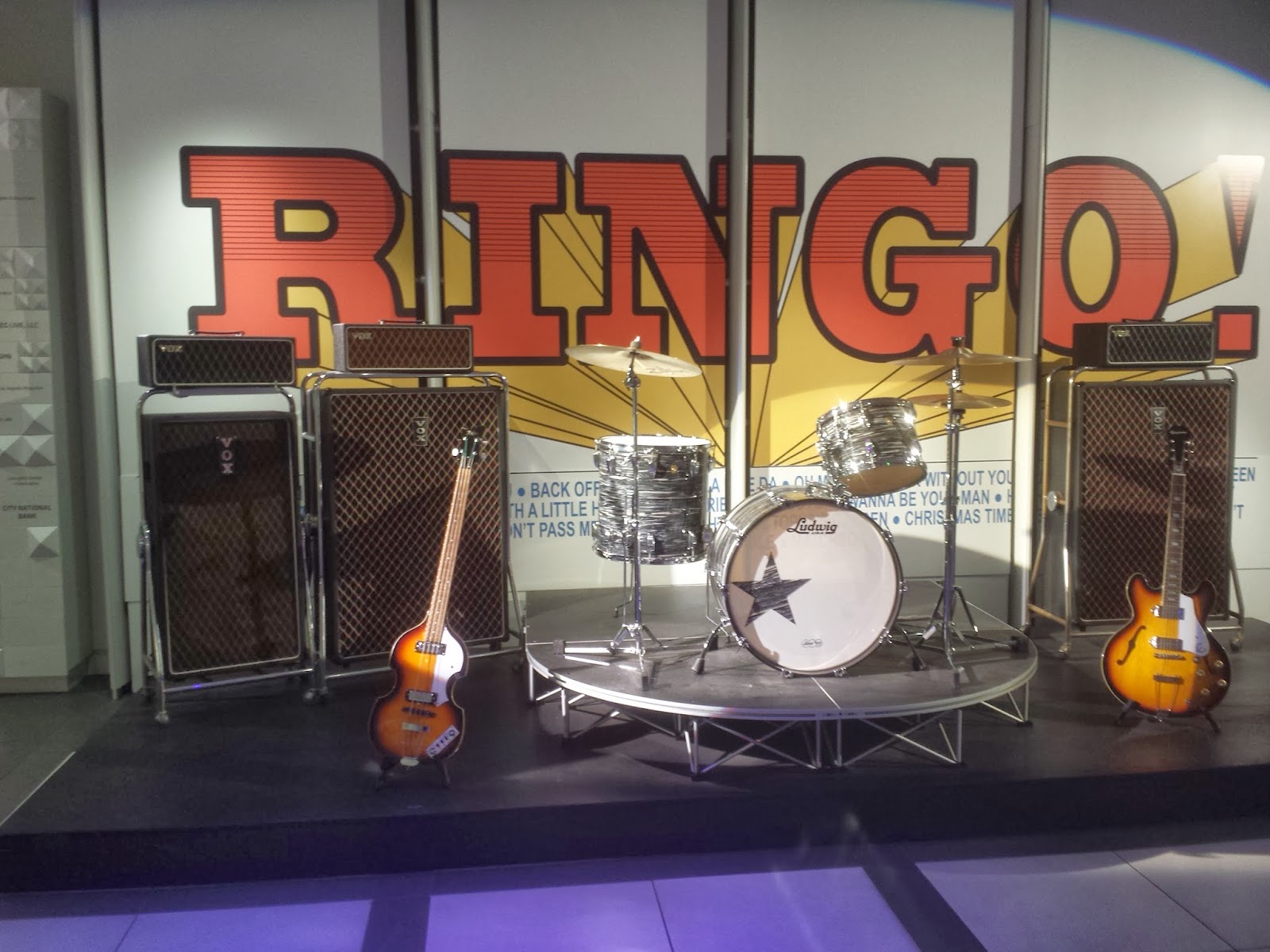 Second floor houses the Clive Davis Theater. I walk in. There are a handful of people in there. The lights are dim. The Beatles are singing on the screen. I sit there, enjoying the music before stopping by a small gift shop. After walking through the shop, I realize I can’t part with a particular black mug. It’s plain really, but I like it as I pay the girl behind the register. I’ve been making my red Dandelion tea in there ever since. 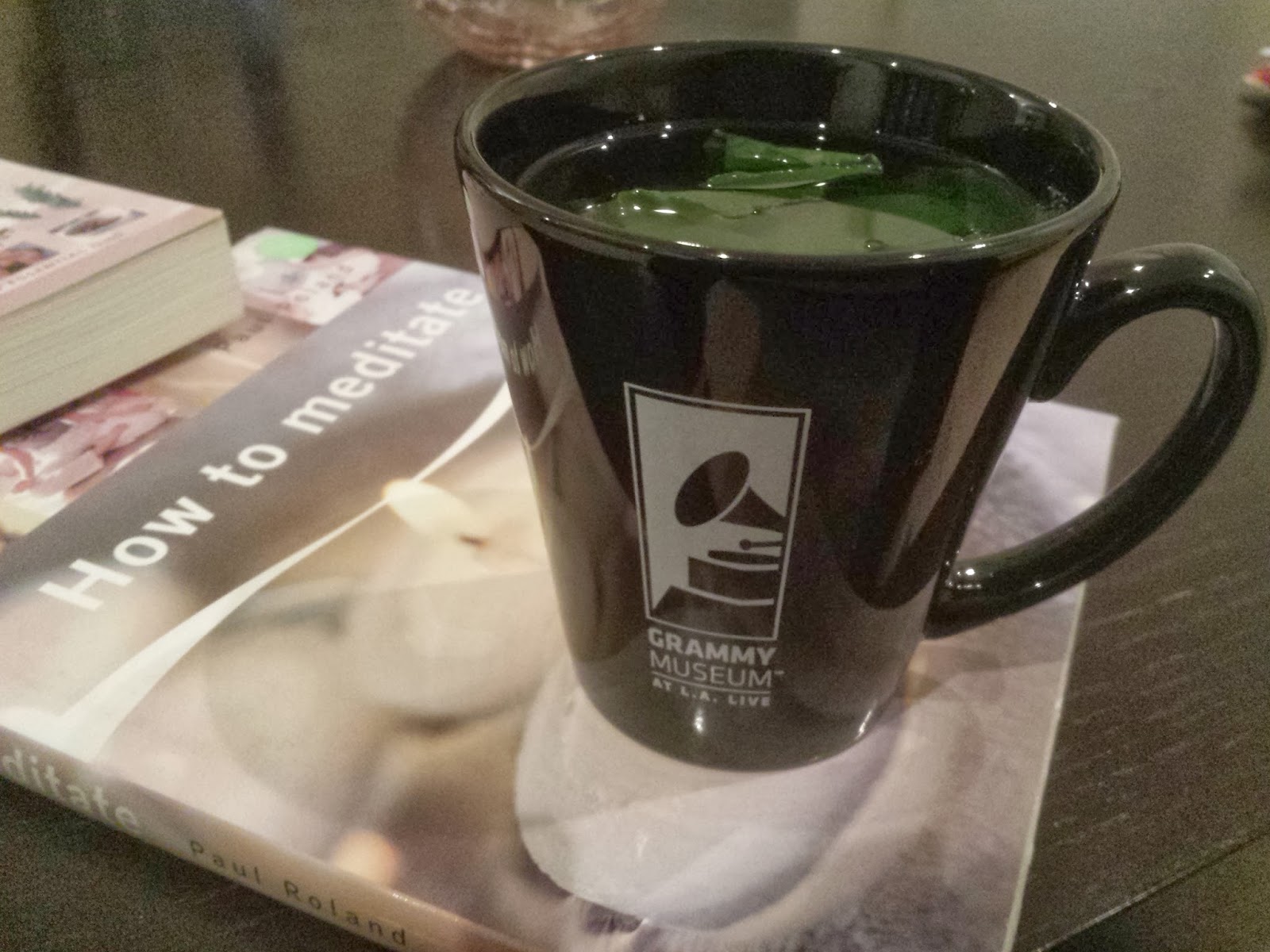 Another set of stairs leads me back to the first floor where I started. Here I can knock myself out and take some photos. So I do exactly that before I continue with my walk on Figueroa. I’m planning to go back to the Grammy Museum to learn more.

Posted by Homa Pourasgari at 12:49 AM