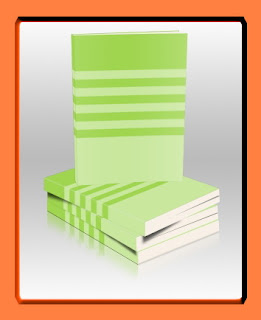 I found out today that goodreads, a place where reviewers post their reviews, has kicked out Reader Views. This is what they had told them: "Subject to the terms and conditions of this agreement, goodreads grants you permission to use the Service for your personal, non-commercial purposes only."But for the life of me, I have no idea why they would kick out ReaderViews and not the many other reviewers who are “commercial” and post their reviews on their site. And what about some of those publishing houses that send hundreds and hundreds of their employees under the disguise of "readers" to post favorable reviews about their clients’ books - they do this on amazon and thousands of other websites. At least Reader Views only gives a positive review if the book deserves it. What’s interesting is after ReaderViews told them that other reviewers are doing the same thing, goodreads replied, “give us their names and we will look into it.” Now I don’t know about you, but when I was a kid, my mama told me never to snitch on your peers. So, Irene Watson of Reader Views followed suit and said: “It is not my intention to be the gatekeeper for goodreads, and as reviewers we support each other and are not out to destroy each other.” Ironically, ReaderViews does exactly what its name represents – it gives the book to randomly selected readers and readers write up a review. Once the reader reviews it, ReaderViews has no control over the outcome of the review be it good or bad.
Posted by Homa Pourasgari at 7:34 PM No comments: 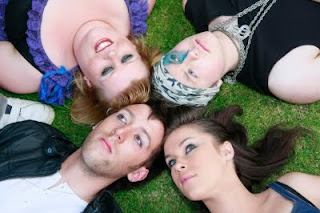 When you RT your friends, please don’t cut off the person who originated the info. It’s not good twitter etiquette and the person you cut off will not forget it. A few days ago, I RTd a tweep on some great photography he had researched. A friend of mine RTd me, cut off his name and just used my name. Then others who knew him ended up RTing the photographs, giving me credit for it. And although I really do appreciate the fact that they went out of their way and RTd me, I was embarrassed at the same time. Because had it not been for the originator, I would have never had that link to begin it.

A few days after that, I had spend time researching some info on the book industry. When I posted it, a magazine RTd my info and I thanked them. Then as I was going through a list of my tweeps to see if they had interesting info for me to RT, I noticed a tweep who had cut off my name and kept the magazine’s name. This was really irritating since I was the one who had researched the story.

So, why did the above two tweeple had committed a faux pas? Perhaps because they wanted to make sure that their tweets had enough room in case someone wanted to RT them. In such cases, one has 3 choices. One, if the tweet takes up too much space, then don’t RT it or abbreviate it. Two, as painful as it may be, it’s always better to keep the name of the originator of the story and get rid of your friend’s name. Three, you may choose to tweet it twice once with name of your friend and once with the name of the originator. I realize this is a lot of work but in the long run, you’ll see that it’s worth it as it adds credibility to your tweets, your name and your business. And by the way, I am guilty of doing the same thing in past and had to learn not to do this because it was not the appropriate thing to do. Cheers and happy tweeting.


Posted by Homa Pourasgari at 6:41 PM No comments:

Age gives you wisdom that the young will never know 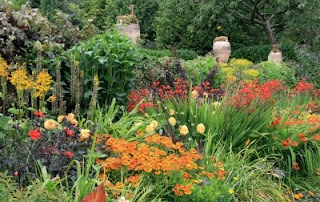 “Youth is wasted on the young” ~George Bernard Shaw

Today I’m a much happier person than when I was in my 20s and 30s. My whole life, I have never been a sheep by following other people's path. I have lived my life exactly the way I wanted and have done everything I have always wanted. So if I happen to die tomorrow, I will die a happy person with no regrets. But many people are not like me. Their eyes are always on what someone else has and does - they compare themselves to those around them. However, this is not a good philosophy because it makes them feel unfulfilled - the more they have, the less satisfied they feel.

When living your life, you must ask yourself what is it that “you” want to do with your life and not what the society wants you to do. Many are so concerned about impressing others with their careers, their competitive streaks and their successes. They have this need for the world to envy them and in the process they lose themselves and become nothing but an empty shell with little character. Of course, when you’re young, you don’t see this and you think you’re on the right path.

It is important to set goals but it is just as important to make sure that you enjoy the process of reaching them. And your goal can be as big as wanting to be a CEO to as small as wanting to have a small beautiful garden by next spring. But nevertheless, they are both goals and the person who enjoys the process instead of focusing so much on the end result is the real success. This is just my observation on life. I may be wrong or I may be right but it doesn’t matter. My goal today was to write a short article and I have not only enjoyed the process, I have accomplished what I set out to do. So, if you happen to pass by my blog, remember to enjoy life and worry less about how the world perceives you. Life is short and whizzes by at a lightening speed. Fill it up with love, family and friends and finding happiness in the small things.