No matter what excuse anyone, any company or any government gives, censorship can never be justified. There is a time to compromise and time to have the guts to stand up for what is right. Twitter should have had the spine to stand up for freedom of speech even if it meant getting blocked in its entirety by oppressive regimes. By agreeing to censor certain tweets locally, twitter compromised every value it represented and disappointed its global users. When we sit in our warm cushy chairs in United States of America, it is easy to say, don’t worry; it’s much ado about nothing, but we must never forget those who live in countries whose rights are stolen by their government every day. Oftentimes, their only way of escape is through writing. If we take that away from them, even on a local level, we too have stolen from them.
I am a writer. I would be a hypocrite if I didn’t participate in twitter blackout. Accepting any from of censorship goes against every inch of my values, morals and principles. Governments, big businesses and a handful of billionaires/trillionaires start taking away people’s freedom gradually. First they get a population used to the idea, then they get them to agree to the small stuff and before people know it, many of their rights will be taken away. This is only the beginning. Caving to censorship will contribute to assassination of freedom of speech in years to come.
Posted by Homa Pourasgari at 11:52 PM No comments:

SOPA and PIPA are in violation of our constitutional rights. End Piracy, Not Liberty. Tell congress don't censor the web. 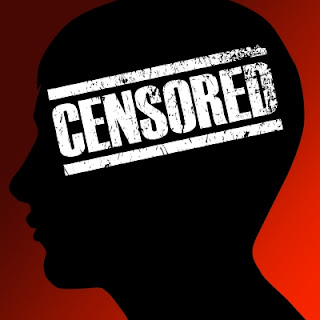 More than a month ago, I signed a petition complaining about the NDAA – National Defense Authorization act. A few weeks later, I received an email from California senator Barbara Boxer assuring me that she will do everything she can to assure the safety of “Americans.” The email disturbed me because I thought what about the safety of people who are not “Americans?”
Some time after that, I received another email from a well-known organization expecting me to applaud Senator Dianne Feinstein and other senators for introducing legislation to undo provisions of the NDAA, in the form of the Due Process Guarantee Act. This is what it said:
The Due Process Guarantee Act of 2011 amends the Non-Detention Act of 1971 by providing that a Congressional authorization for the use of military force does not authorize the indefinite detention—without charge or trial—of U.S. citizens who are apprehended domestically.
WOW!!!! These senators along with the organization asking me to sign on must think that the American Public is really stupid. I deleted the email because it didn’t deserve a response. A few days later I got another email asking why I didn’t join in and sign their petition and spread the good news through twitter and facebook. I decided to give them a piece of my mind. This is what I said:
The NDAA must be reversed in its entirety. By signing this, you are asking me to agree with the rest of the crap in the NDAA. I am absolutely against the NDAA in its entirety. And this statement that you emailed me and dear Dianne Feinstein and Barbara Boxer agree with is an insult to my intelligence.
If apprehended domestically??  What does this mean? What if I happen to be visiting France or Germany? Then they can take me away for no reason and dump me in some foreign prison? And what about those who are not American citizens? They are human beings. There is no difference between an American and any other nationality. Humans are humans. We must care about all humanity. We must protect human rights no matter one's nationality. So I say No to the entire inhumane NDAA!
And to be honest, I hope that one day soon, the NDAA will bite back those who signed on to make it into law.
Posted by Homa Pourasgari at 6:12 PM No comments: