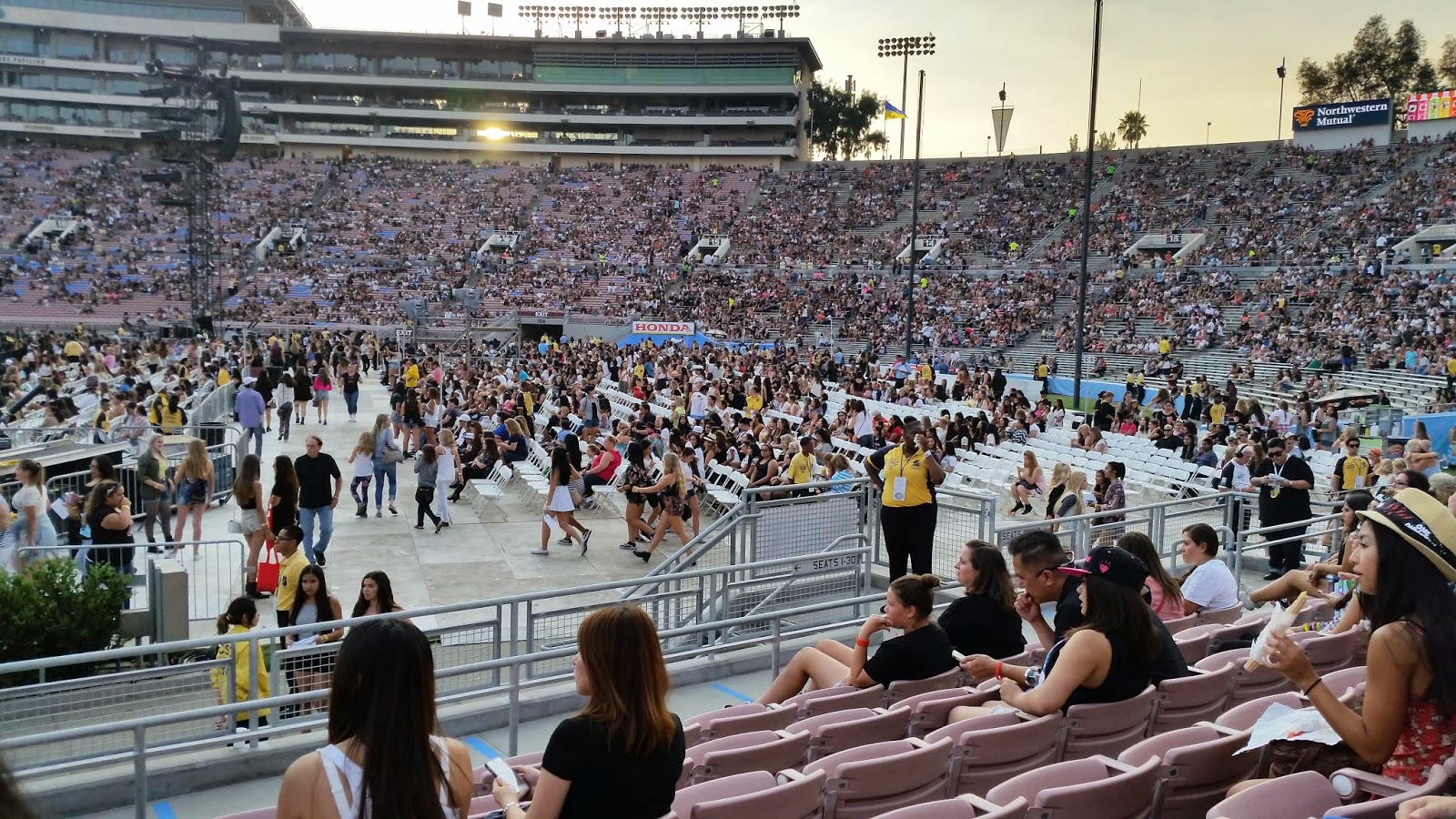 (Scroll down for One Direction Videos.)


I grew up in L.A and have been to many concerts. And it is unfortunate that I have to say that the Rose Bowl Stadium is the worse experience of them all. It may be good for other events, but definitely a bad idea for a concert. My advice: before you go, read all the 1 star reviews on Yelp because they are true. Skip all the 5 star reviews because they have most likely been planted there by the Rose Bowl staff. 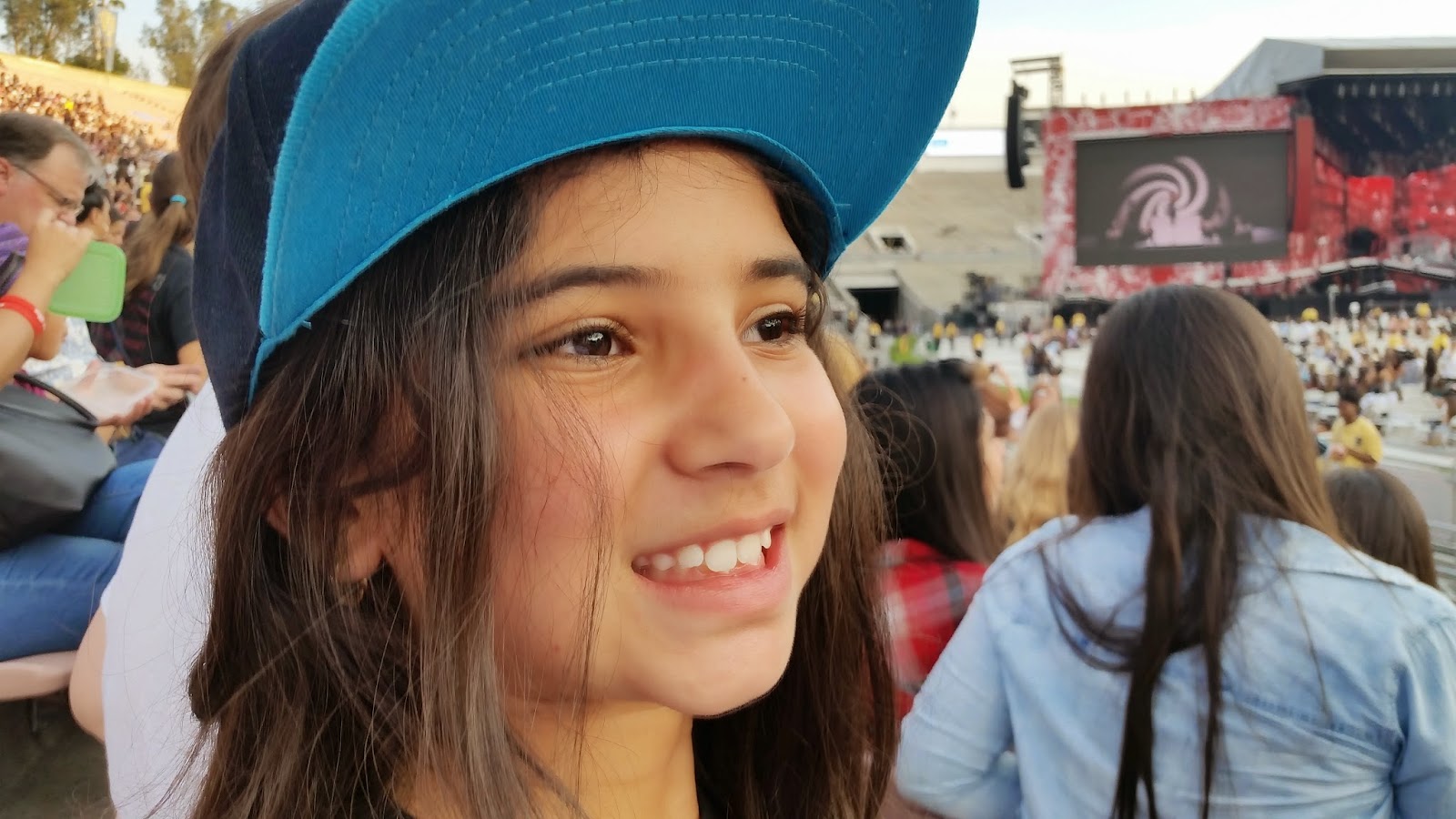 Last week, I took my niece there for One Direction concert. On the positive: One Direction is a nice group of performers. Music was good. They expressed their gratitude to the crowd for attending their event. The stadium was full house and the crowd friendly. 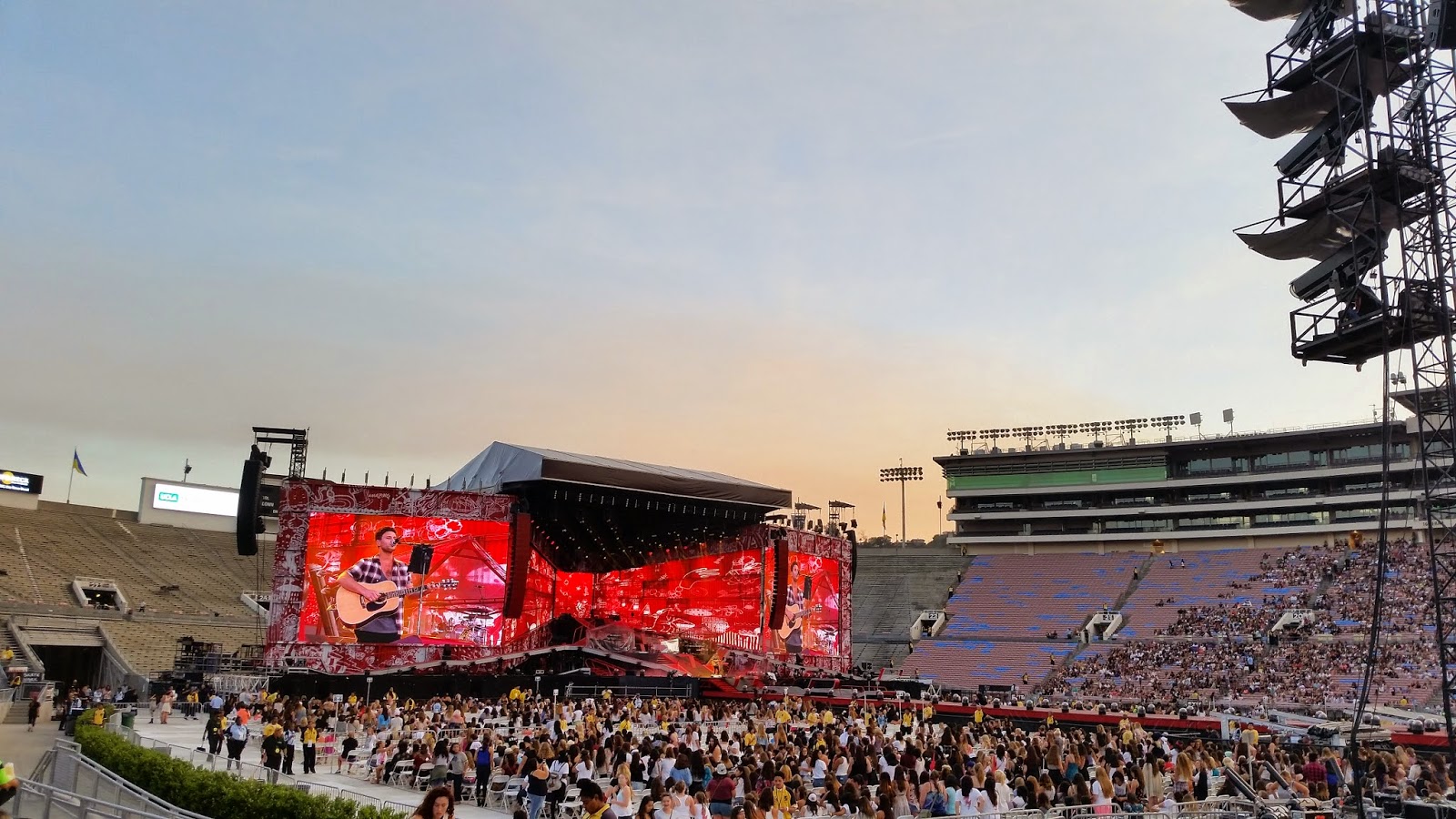 On the negative: Parking is a nightmare. When you get there, there are many attendants, some well-mannered, some who pretend they cannot hear you when you ask a question and some who are downright rude and belong to the gutter. But they all have one goal in common and that is to collect $40 from you and point to a gigantic gulf course with no end in sight. 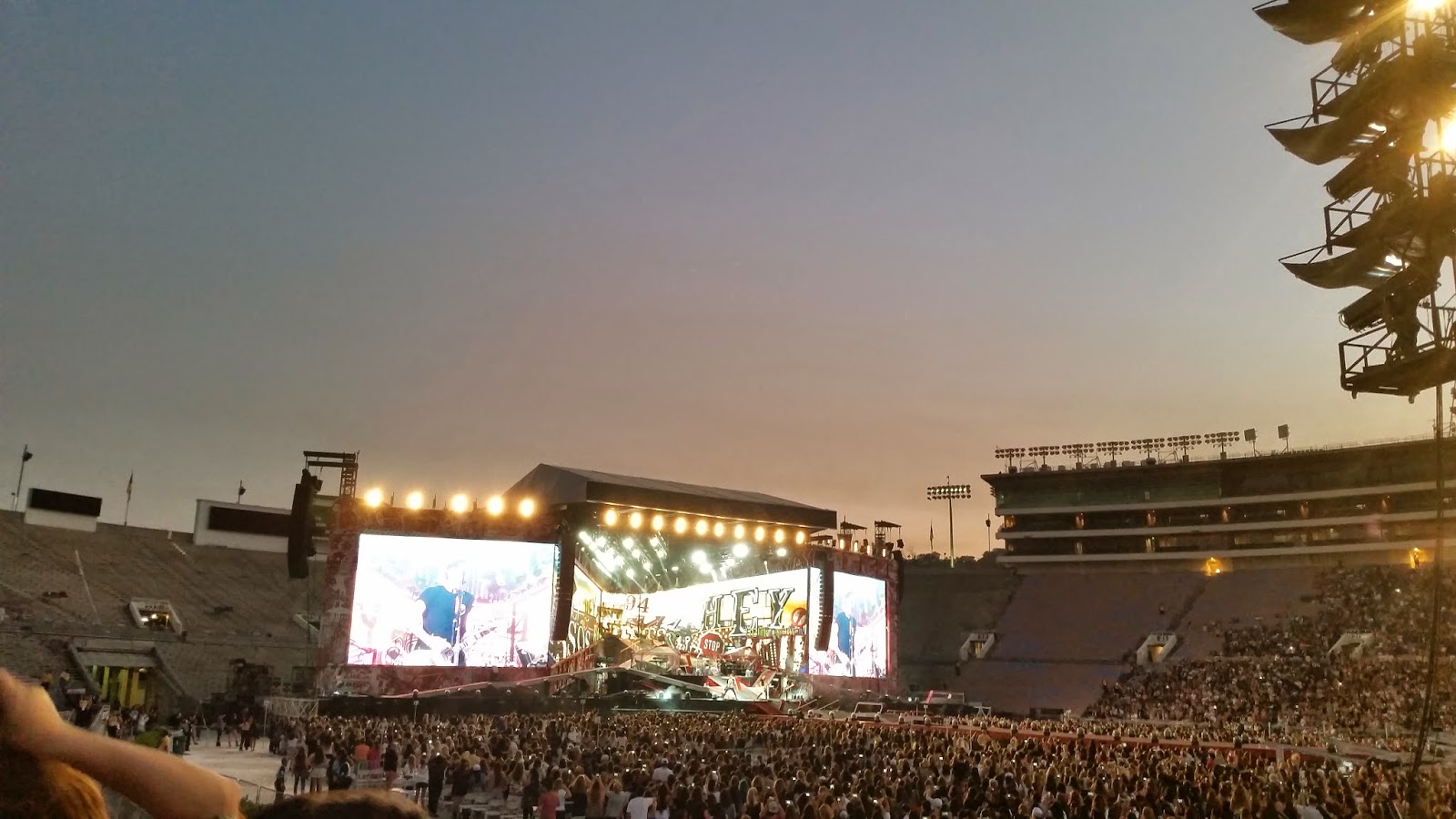 Supposedly, we parked in “lot 2” under a “red balloon.” But mind you there is no parking lot. It’s just miles and miles of grass. Walking to the stadium isn’t as much of an issue as when you come back. Coming back, you will have thousands and thousands of people in front of you. You cannot see the ground. All you see are the backs of people’s head. You’re faced with a complete chaos.  And don’t expect logic in the setup of their lots because you will not see lot 1 followed by lot 2 and 3 and so forth. All the people who were there earlier to collect the ridiculous parking fee have now disappeared. So, there is no one to help you out. It’s late. It’s dark. You are tired. Enjoy your few hours of walk before you find your car!! 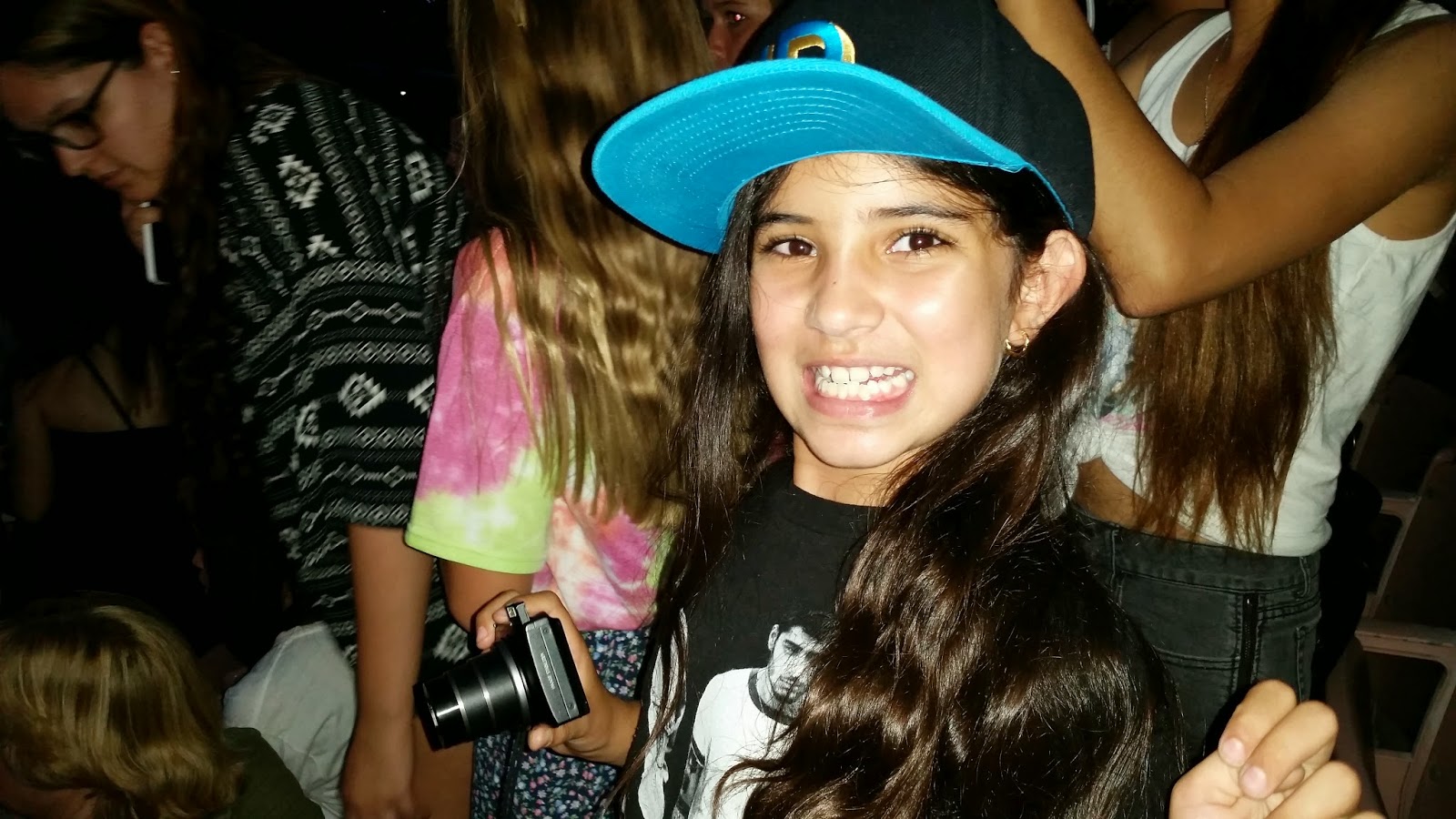 On the negative: the stadium is so huge that your $600 ticket will buy the two of you seats so far away that you will see the performers like miniature toys. So either dish out a thousand or two to get floor seats which are useless because no one sits and if the people around you are tall, you will not see a thing, or purchase a cheap ticket and take you binoculars with you. Either way, you’ll be wasting your money.

On the negative: You will be standing for a good 6 hours from the time you leave your car to the time the concert ends. Not only are you standing the entire time, but you are not even standing in front of your pricy seat. The crowd pushes so much that you are squished with nowhere to go.

Here’s some advice in case you decide to go anyway:

So, may the force be with you if you decide to go. At least you will be more prepared than I was.

Posted by Homa Pourasgari at 3:30 PM No comments: