Military Trial vs. a Civilian Trial for the 911 Attackers

An Iranian once said to me, stop complaining. You're lucky to be living in America - the land of the free and I said, yes, but if we don't take care, we too will lose all of our freedoms.
After 9/11, many engineers said it was not possible for buildings to melt away the way they did during 9/11 (see this video). Many have said 9/11 was all preplanned (see this video). Of course, these claims are all filed under “conspiracy theory” in order to discredit the entire idea.
I guess what one needs to analyze is the aftermath of 9/11. Former President George Bush came out and said, “You are either with us or against us.” I don’t know about you, but to me that sounds like a speech given by Hitler. So, from that point on, no one dared to question the authorities. As a result, the Patriot act came about and soon Americans began to lose their constitutional rights. Bush went into Iraq, claiming “weapons of mass destruction” which were never found. And anyone who dared to question the ethics of this attack on innocent civilians would soon be labeled as “unpatriotic.” The media began advertising the word “Terrorism” and soon there was this fierce fear instilled in the average American. Not to mention the unfair treatment of the citizens of middle-east as they traveled each time through the hostile airports of western governments.
After Bush and his cronies painted their red mark on United States, President Obama took over and went into Afghanistan looking for terrorists and a phantom named Bin Laden. Never mind that Bin Ladin was already found once and orders came from the higher ups not to touch him (See Blocking the Path to 911). So, why all the charades? I mean, the first time Bush found out about the hit on the two towers, he didn’t even look surprised. The CIA and the FBI both had information about those who were flying the planes, but did not do anything about it.
Of course later on when Bush came out and said “Mission accomplished” in regards to Iraq, we did not know what he was talking about. The bodies of American soldiers were still getting shipped home on a regular basis and the poor innocent Iraqi men, women and children continued to be killed and categorized under the margin of error. So, I believe what Georgie meant by “Mission accomplished” was that now, we are able to control Americans by allowing illegal searches, giving more power to the TSA and wiretapping anyone and everyone. I guess taking away the liberties of the American people falls under the Bush's motto of mission accomplished.
And now we have the trial of 911 attackers which President Obama had promised to be carried out in a civilian federal court. But what if the lawyers of the 911 attackers put up a good fight? What if the truth leaks out? No, we cannot have that. So, there we have it. A corporation backed congress, those who control America and the stupidity of some who support a military trial push to keep the truth from coming out. Perhaps as the world knows today that the Kennedy assassination was preplanned, the world will someday find the truth behind 911. However, by then, it would be too late as all the rights of Americans will be taken away.
Posted by Homa Pourasgari at 1:01 PM No comments: 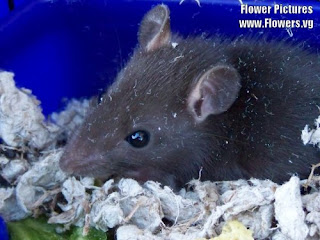 Well, I haven’t blogged in ages. Why? Because writers are emotional creatures. And if you are a Cancer sign like me, you know exactly what it’s like when you get hurt badly by someone you love and you go hiding in your shell for a longtime. But I’m not even going to go there. Not ready to talk about it. They say life’s an adventure. The dictionary explains adventure as an unusual or exciting experience and I must say, mine has been more unusual lately and much much less exciting.
My mom has been taking a turn for the worse for the past month. It’ been so difficult to handle it after all the effort I have been putting in and after all that I had to give-up in my life so that I could make a difference in hers. She was a little better today which made me happy. But then, my few minutes of contentment disappeared when I realized there’s a rat in house. Yes, a rat. And I don’t mean a despicable person one would want to kick out but a real live rat.
About 5 days ago, I noticed there was a tear in the plastic bag that holds my oatmeal. At first I thought that perhaps the plastic caught on something and tore. So, I didn’t think much of it. Then a few days ago when I was putting away some groceries, I noticed some black stuff on the floor which I thought were debris from the fruits. So, I cleaned it up and threw it in the trash. Today, I went to grab a bag of oatmeal and all the oatmeal poured to the floor. There was now a huge tear in the new bag of oatmeal. And that’s when I connected the dots, especially when I noticed that there was more black stuff on the floor.
Upon closer look, I realized the black stuff were rat droppings. Scared, I grabbed a vacuum cleaner and cleared the carpet, only to find that the rodent or the rodents had peed on the carpet, marking their territory. So, tomorrow I have to call the pest control and ask them what to do. And no, I do not want those sticky things that people put around to catch the rat. I do not want to torture any creature. I’m hoping that now that I have removed all traces of oatmeal, the rat would find it’s own way back into the yard and let me be. I do not like to kill anything, not even a cockroach.
So, there it is – my life lately is definitely not exciting but is rather comprised of series of unexpected, unwanted and unusual experiences. Perhaps this is the path I’m supposed to follow. I have no idea where it’s leading but it sure hasn’t been a fun journey. Well, I take that back. When I was at the hospital in Mexico with my mom, I met a great bunch of cancer patients and the friends they had brought along. And I want to write a book about mine and my mom’s experience there and what followed after but thing just keep going wrong one after another. My days and nights are filled with continuous interruptions and lack of sleep.
And I know there are many people in this world with much bigger problems but as a friend of mine once said to me, your problems are your problems, don’t compare them to those of others; except though, I don’t want to feel like I’m a victim. I want to try to make things better. I just haven’t yet found a solution.
Posted by Homa Pourasgari at 12:13 AM No comments: