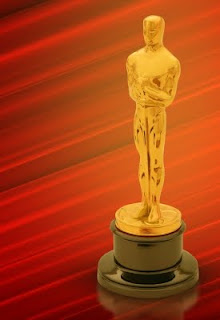 The Oscars wasn’t all that last night. Many who showed up looked as if they were obligated to show up. Everyone looked too serious and when they smiled, their smiles lacked joie de vivre. And with the exception of Steve Martin, others were not all that funny. But this is nothing compared to the awards given away.

Some may agree and others may not but the Oscars needs to add a new category: the humanities award. Yes, some movies and actors won for films and roles that were important in terms of individual struggles and the nation by nation struggles. But what about the films that dealt with the major issues that have a tremendous impact on today’s world. Problems that if left unchecked, may actually wipe out humanity in the long run and create an atmosphere where there’s no freedom and no voice for the people - a world where a handful of corrupt will be making decisions for humanity.

Unfortunately though, the majority don’t want to see the truth. Their only concern is the symptom and not the disease. The Oscars did just that. It gave the ultimate award to the movie that was a symptom of a gigantic disease. Simply put, you can’t go into lands where people have made a home, kill their families and children, steal their resources, rob them of their livelihood and expect them to be subservient and not fight back. Avatar saw the disease and exposed it for what it was – greed, corruption, hunger for power and an insatiable appetite for wealth and expansion. Because at the end of the day, the affluent will continue to control the world and the rest of humanity will be their slaves. It is said that ¾ of the world population works to keep ¼ of the world population wealthy. Thus, for a substantial change to take place, it is more important to focus on the cure for the disease rather than the symptom.

With that said, two major films that were more important than everything else made in 2009 were Food Inc. and Avatar. For those who do not understand why these two films represent a huge chunk of corruption in our world, it’s crucial to read, read and read and understand the world in its entirety and not just “the homeland where one lives.” For those who are in tune, bravo for knowing exactly what’s going on. And yes, history shows that this is all nothing new but if no one cares, the cycle will never be broken and what we label as “progress” will be nothing but a “stalemate.”

Posted by Homa Pourasgari at 3:48 PM No comments:

Female Genital mutilations is an excruciating painful procedure, often performed without anesthesia causing injury to the female genital organs. Those committing these barbaric humiliating acts, mainly in Africa and Asia, have decided to change the name of this horrific process to Female Genital Cutting (FGC). Several psychological effects are anxiety, depression and post traumatic stress disorder.

Some physical side effects are urinary and reproductive tract infections, scarring, infertility, cyst growth, postpartum hemorrhage and death. The cowards who promote the procedure hide under the pretext of “tradition & culture” but it is important for the world to know that the main reason behind it is to eliminate sexual pleasure. One may often wonder why generations of women pass this savage practice to their daughters and granddaughters and the answer is simple – they have been brainwashed since a young age when they too had to go through this procedure.

Efforts to stop these barbaric acts have been hindered by the uneducated and backward groups who point at the “cultural imperialism” of western countries. Families, who live in countries such as England, where genital mutilation is illegal, often send their children back to their homeland in or to commit these backwards procedures or they perform the acts in secrecy. Unfortunately, governments who have rendered these acts as illegal often do not punish their residents and citizens because they consider the cases a “low priority” or they may not want to get involved because it's "politically incorrect" to stop a savage "cultural practice."

According to Amnesty international, 130 million women have undergone FGM. The United Nations has declared February 6 as International Day Against Female Genital Mutilation (FGM). To learn more, you may visit equalitynow.org.

Posted by Homa Pourasgari at 2:22 PM No comments: 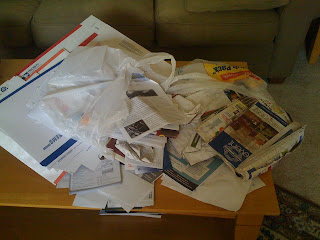 I’m lazy today. Got up late, had breakfast, read for awhile and now I’m drinking a hot cup of fair-trade organic . My work area overlooks a yard covered with a combination of soil and red bricks and bordered with green shrubbery. In the center there’s what used to be a rectangular fountain but it no longer works. There’s no water in it and yet it has that old-fashioned rustic feel surrounded by green plants and several huge pots of pink and yellow Orchids. My room is rarely neat. I try but it seems to enjoy pulling me back to the way it once was – chaotic, eclectic and a mish mush of stuff piling peacefully here and there in harmony.

It’s a funky day here – the sky is filled with I don’t know what and the sun can’t quite makeup its mind as it comes and goes. I have paperwork to do but am procrastinating. It all becomes so extremely overwhelming because there’s so much of it. Sometimes, I want to shred everything and live somewhere where there’s no need for paper. Oh and did I forget to mention the massive junk that comes into my mail box and no I’m not referring to email box ’cause that’s a whole different monster in itself. I suppose these issues are tiny nuances compared to the many difficulties people face all over the world but today for some reason or another they’re bugging me and I thought I throw that in the air and share it with whoever stops by my blog.

Posted by Homa Pourasgari at 3:01 PM No comments: